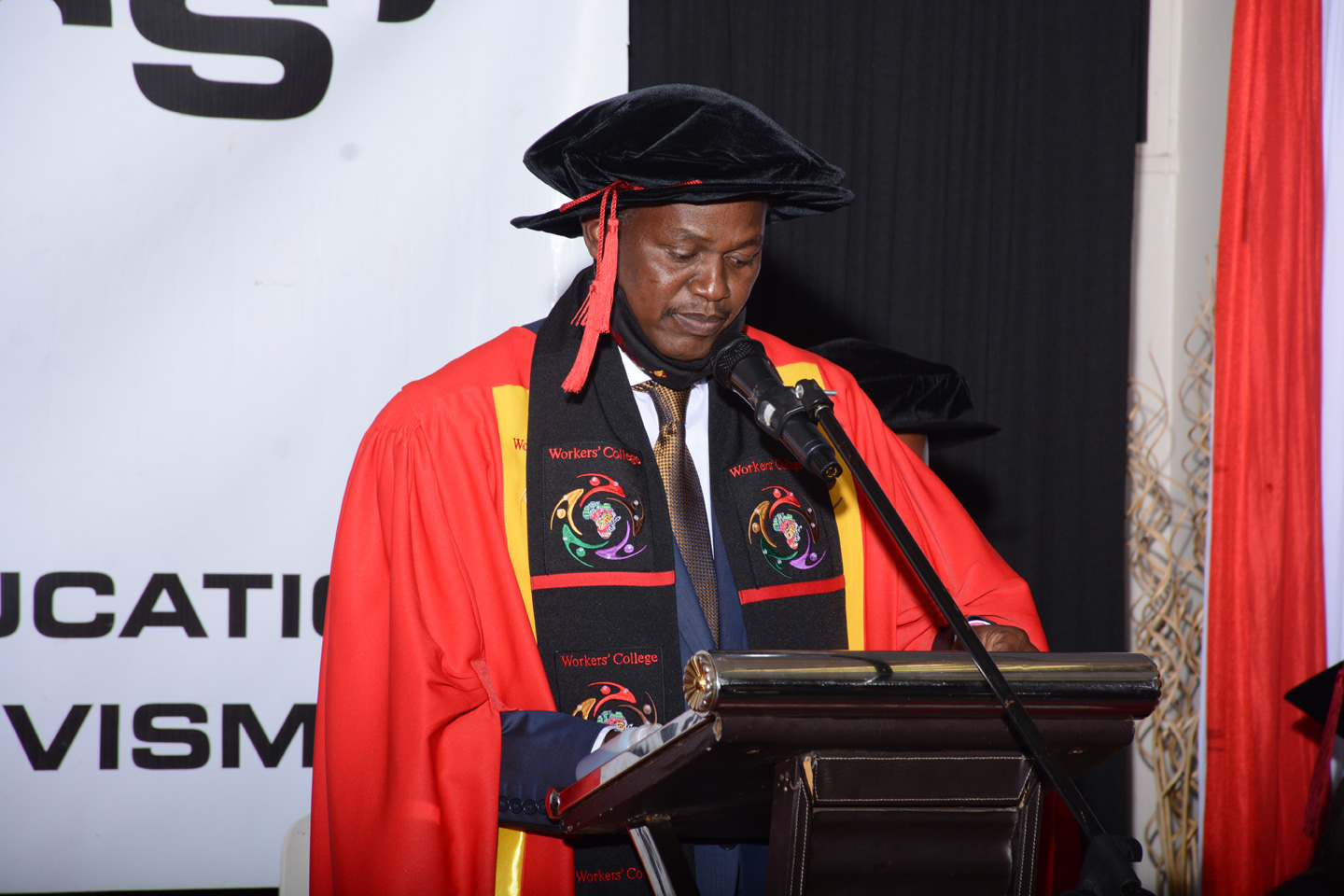 Welcome to the Workers’ College, which is gearing up to commemorate its thirty-first anniversary this year. From a fledgling notion to a ground-breaking working-class educational institution, the organization has educated and prepared thousands of employees over this time period. To mark the beginning of a new chapter in workers’ and community education, the College announces the creation of a working-class university as it enters its 31st year.

As the College readies itself to assume this new identity as a Socialist university, the College is currently undergoing a process of organisational digitization. The advent of COVID-19 notably changed the nature of operations and work across industries and as an educational institution, the College had to sustain the delivery of teaching and learning despite the constraints imposed by the pandemic. The use of the Fourth Industrial Revolution technologies have been accelerated at an unprecedented scale globally and although the organisational digitization of the College has been in the pipeline, certainly the digital overhaul is prompted by the changed nature of things. As an organisation aligned with championing the interests of workers, this radical technological transformation is informed by a clear digital vision and strategy that supports the objectives of becoming a Higher Institution of Learning, honours and promotes the ideological integrity and conviction of the organisation, while democratizing access to education and information resources.

Following the success of the National Democratic Revolution, South African workers confront tremendous problems because of both foreign and local economic circumstances. Many of our friends are still facing layoffs or working in insecure positions as the workplace undergoes transition. The exploitation and oppression of women employees, union members, and members of the community continues to be a problem. In addition to this, the working-class continues to see its proportion of national income decline. The poverty and social ills that go hand-in-hand with the plight of the working-class continues to exacerbate and in confronting these and other difficulties, one of the most important tools we have at our disposal, is education.

Working-class knowledge creation and dissemination must be acknowledged, respected, and nurtured if we are to effectively advance a working-class agenda. In our attempts to produce new knowledge and new practices that have at their core, ideals such as equality, justice, and social development, academic excellence must be at the heart of our activities. Adult working-class learners’ experiences of struggle should be recognized and valued, and then learners should be supported as they progress through our National Qualifications Framework (NQF) from entry-level to postgraduate study, according to the Workers’ College.

Our SETAs, employers, and other major bodies for education and skill development continue to underfund trade union and community education despite the Third National Skills Development Strategy. Resources for education primarily serve bourgeois institutions and narrowly defined skill sets to serve capital accumulation requirements. However, there are individuals who believe in the transforming power of workers’ education and have spoken up for it. Workers’ College salutes those who have supported our work over the last several years, including the Department of Labour and Employment, and the National Skills Fund. We are grateful to have progressive funding organizations that support workers’ education initiatives. We are grateful to the progressive components of the higher education landscape that have supported the Workers’ College’s reform initiatives and contributed insight and effort. The University of Kwa-Zulu-Natal and other institutions of higher education have long recognized the value of this institution and we congratulate you on your partnership and encourage you to deepen these relationships as the College begins to take its place alongside these academic centres of excellence.

The College’s work is becoming more well-known and well-supported, both in KwaZulu-Natal and throughout the country. The Workers’ College has been assigned to play a vital role in the Human Resources Development Council, both in the provincial and national levels and discussions with certain government departments have ensued with great promise for collaborative efforts. These potential engagements are particularly notable however the Workers’ College humbly appeals for help and backing from the government, educational institutions, and other organizations to expand on its successes. As we continue to establish our working-class institution, it is critical that community and labour organizations get familiar with the College’s expanded educational programs, capabilities, and research services, to seize the possibilities they provide in light of the hardships faced and war waged against workers. Creating the conditions for working-class excellence and overcoming the historical imbalances which continue to pervade and exacerbate the realities of so many cannot be the work of one organisation alone. Concerted effort is required, and all parties are invited to walk and fight the good fight.

We applaud all of you on your successes and efforts to improve yourself, not in a self-serving or selfish manner, but rather in a way that benefits the greater good of society as a whole! We wish you the best of luck in your studies this year and in the future, and we look forward to your contribution to the realization of social and economic justice in South Africa and across the globe.