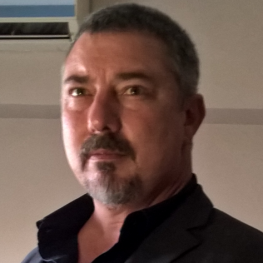 Head of Research and various roles related to organizational development.

Cde Michael Koen was active in the student movement in the late 80s’ and early 90’s and became involved in the labour movement from 1990. Since then he has worked for various unions and has worked independently as a labour and community service support consultant since 1998. He has served as a Level A CCMA Commissioner and taught at the University of Kwa-Zulu Natal in the Industrial, organisational and Labour Studies department. He has also taught at the Workers College many times over the years. He has developed and facilitated many different worker education programmes for both National and international unions and unions federations. In more recent years Michael has specialised in research into labour and community support, socio-economic policy and international and regional law and instruments. In this regard he has, inter alia, conducted research and provided interpretive advice for the ILO, the UN high Commission for Human Rights, Public Interest Law firms and the African Commission.  Michael currently serves the College in the capacity of Head of Research and various roles related to organizational development.

Message from the Chairperson

Message from the Director

Recognition of Prior Learning as ‘Radical Pedagogy’