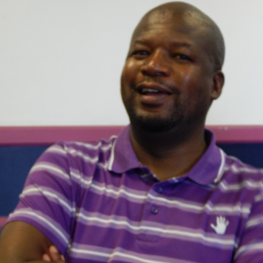 Cde Desmond Mlatha started his activism in students politics as a member of SASCO and served in various capacities in the SRC of the then University of Natal. He has worked as the Students Governance Officer  of UKZN where he was involved in the training, mentoring and liaison with students leaders and organisations at the university. He has also served as the NEHAWU Provincial Education Coordinator, a potion that entails designing, planning and delivering various union educational programmes (induction, trade unionism, political). Desmond is currently a facilitator at the workers college and is involved in various Worker Education and Popular Education initiatives. . He is currently a co-contributor in a chapter for a book on Worker Education in South Africa to be edited by Linda Cooper, Sheri Hamilton, due to be published in 2017.  Des serves as an Education Practitioner at the Workers’ College

Message from the Chairperson

Message from the Director

Recognition of Prior Learning as ‘Radical Pedagogy’